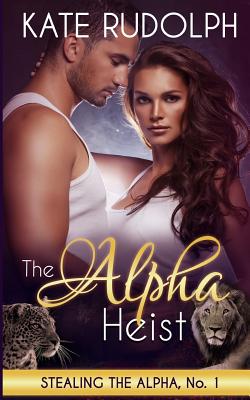 The thief takes what she wants...

Mel is the woman to call when something in the supernatural world needs stealing. She's been in the game since she was a child, rescued away from the evil witch who killed her family. But some jobs are too dangerous, even for the best. When a ghost from Mel's past offers her the means to get revenge, she'll take on a suicidal mission to steal a magic artifact from a lion alpha. She break into his home, but when things go belly up, she never expected to get entangled in his life.

The alpha keeps what's his...

Sexy alpha Luke Torres has made a home for himself and his lion shapeshifter pack in Colorado. The supernatural world trembles at the thought of taking his prized possession, the Scarlet Emerald. But most days, the gem is more curse than blessing. When Luke meets Mel at a bar, he has no idea that is life is about to be thrown into chaos. And when they kiss, his world lights up and he knows that he cannot let her go.

One alpha, one thief, and an adventure that's only the beginning.

Mel's mission puts her on a collision course with Luke, leading them both to something they never thought possible and never knew they wanted. And in the end they will both learn that there's more than one way to kiss a cat.