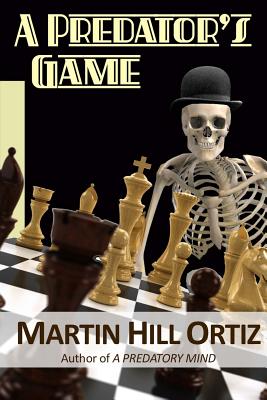 Manhattan, 1896. When the author Arthur Conan Doyle meets Nikola Tesla, he finds a tall, thin genius with a photographic memory and a keen eye, and recognizes in the eccentric inventor the embodiment of his creation, Sherlock. Together, they team up to take on a different, evil Holmes. Multi-murderer Dr. Henry H. Holmes has escaped execution and is unleashing a reign of terror upon the metropolis. Set in the late nineteenth century in a world of modern marvels, danger, and invention, Conan Doyle, Tesla, and the madman engage in a deadly game of wits.

Martin Hill Ortiz, a native of Santa Fe, New Mexico, is Professor of Pharmacology at the Ponce Health Sciences University in Puerto Rico, where he lives with his wife and son. An award-winning poet, a score of his short stories have appeared in print, anthologies and online journals. He has authored the three other mystery thrillers, A Predatory Mind (Loose Leaves Publishing 2013), Dead Man's Trail (Seven Archons Press 2014) and Never Kill A Friend (Ransom Note Press 2015). He assembled and wrote the introduction to a three-volume anthology of the best short stories in English, also available through Rook's Page Publishing. Along with his scientific background, he has worked in theater, having run a comedy troupe in South Florida.
Loading...
or support indie stores by buying on