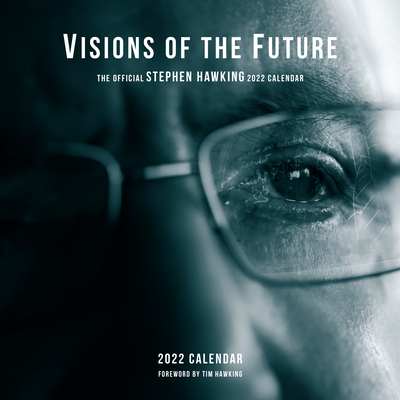 Visions of the Future

A dazzling marriage of science and art.

“Remember to look up at the stars and not down at your feet.” —Stephen Hawking

In celebration of what would have been Stephen Hawking's 80th birthday, Visions of the Future pairs Stephen Hawking’s quotes with breathtaking images of the universe captured by the European Space Agency. Fascinating phenomena: light disappearing into a black hole is accompanied by “It is said that fact is sometimes stranger than fiction. And nowhere is that more true than in the case of black holes.” Existential truths: “We each exist but for a short time. And in that time explore but a small part of the whole universe.” And calls to action: “Climate change is one of the great dangers we face and it’s one we can prevent,” paired with an image of Earth as seen from space. It’s an exquisite gift for students, scientists, or anyone fascinated by the cosmos.

STEPHEN HAWKING is an English theoretical physicist. Hawking is the Lucasian Professor of Mathematics at the University of Cambridge. He is known for his contributions to the fields of cosmology and quantum gravity, especially in the context of black holes, and his popular works, including New York Times bestseller bestseller A Brief History of Time, in which he discusses his own theories and cosmology in general.
Loading...
or support indie stores by buying on