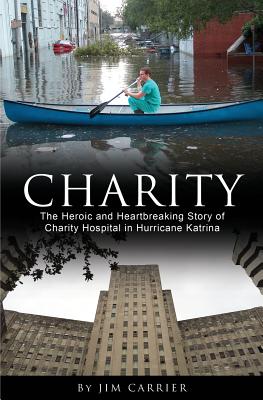 The Heroic and Heartbreaking Story of Charity Hospital in Hurricane Katrina

First went the power. Then came the water, and for five days, the country's oldest hospital was under siege. The never-before-told story of the heroic doctors, nurses, and patients who fought to survive Hurricane Katrina at Charity Hospital in New Orleans. This book traces a remarkable five-day transformation of an infirm institution, caught in a sea of death and indifference, into an island of care and tenderness. The hour-by-hour recreation of this hospital's final days is one of the most grievous and heroic stories in American history. Jim Carrier, who moved to New Orleans 28 days before Katrina (and lost his home), recreates with emotional and poignant detail the rich, sad and uplifting saga of Charity Hospital.

Jim Carrier is an award-winning journalist, civil rights activist and filmmaker whose fate found him in New Orleans days before Hurricane Katrina. The author of 10 books, he has been published in the New York Times and National Geographic. For 13 years he roamed the American West as the "Rocky Mountain Ranger," which took him through 500,000 miles, 7,665 sunsets and 87 pairs of Levis. His work has been anthologized in several volumes, including Best American Science and Nature Writing.
or support indie stores by buying on
Copyright © 2020 American Booksellers Association