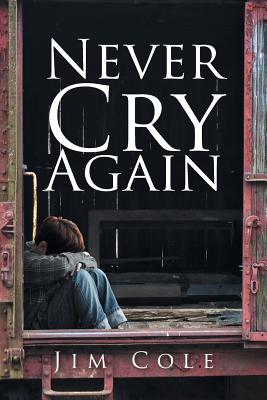 Never Cry Again
A Story of the 1930s American South

A young man who beats all the odds

Drew is conceived in abuse, born into neglect, and raised in hatred. The story tells how the rural boy survives a life of extreme poverty, living in the poorest part of a southern Arkansas town and whose prostitute mother entertains numerous 'uncles'. When one of those uncles becomes abusive toward Drew, and then later attempts male rape, which was encouraged by his mother. Drew has no other choice. He must leave home.

The ten-year old boy climbs into a rail boxcar, and the train takes him away not only from the abuse but also from his friends, carrying him to an unknown future. Just as things seem their worst, Drew, realizing that his childhood is now over, vows that he will never cry again, but instead face life on his own terms.

Praised by one critic as Huckleberry Finn meets Forrest Gump, Drew's adventures on the way to responsible and compassionate manhood, set against the backdrop of America's Great Depression and the following turbulent years of World War II, are a story that is relevant to the upheavals and turbulence in society today.

Jim Cole is a retired civil/structural engineer. While traveling around the world on various engineering projects, he always dreamed of becoming a writer. When he retired after 42 years as a consulting engineer, he saw his chance to fulfill that dream. He attended Rice University's Glasscock School of Continuing Studies in Houston, taking classes in creative writing. Later, he joined the Houston Writer's Guild and was fortunate to be under contract for several years to the Houston Chronicle for stories for their Sunday supplement magazine, Texas. Today, Jim and his wife Marian live quietly in their hometown, Victoria, Texas, where Jim continues his interests in writing and studies Victoria's rich history and heritage. Jim currently authors a monthly newspaper column for Victoria Preservation, Inc., where he is a member of the Board of Directors. His well-received column, 'Vanished from Victoria', published in The Victoria Advocate, documents Victoria's vanishing nineteenth and early twentieth-century architectural heritage. Never Cry Again is 80-year old Jim's debut novel. The action and events of his historical fiction saga take place during a time-frame in which he is personally familiar, the 1930s and 40s. The sweep of his narrative covers locations and events throughout the five-state region of Arkansas, Oklahoma, Louisiana, Texas and New Mexico, set against the backdrop of racial prejudice, depression-era southern America, the turbulence of World War II, and its aftermath.
or support indie stores by buying on
Copyright © 2020 American Booksellers Association