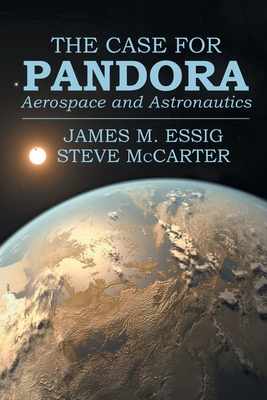 The Case for Pandora (Paperback)

This book is about building craft for space travel-space travel not in the far distant future, but in the immediate future. There is no question that we have the technology to build and power a large craft capable of traversing the galaxy, and for now, this book will focus on achieving the goal of intragalactic travel. We will describe various methods of power generation and propulsion, delineate the materials and technology for construction, discuss the building of the spacecraft from the outside-in, and show what is required to sustain life on the craft for extended periods of time. While we will go into some detail on each of these, pointing out advantages and disadvantages to components and methods, this is not, nor is it intended to be, a highly technical book to be used by specialists. Rather, it is intended to inform the general readership about what is possible, and perhaps what is not, in building and operating spacecraft for long-distance and long-duration travel with current and available means.

Steve McCarter Steve McCarter was raised and educated in Denver, Colorado, graduating from high school in 1967 and the University of Colorado (Boulder) in 1971 with a degree in environmental biology. He has spent more than thirty-five years working in the field of environmental consulting but has never abandoned an abiding and passionate interest in space sciences that had its inception during the years of the US-Soviet space race. John F. Kennedy's inaugural words, "We choose to go to the moon in this decade and do the other things, not because they are easy but because they are hard, because that goal will serve to organize and measure the best of our energies and skills, because that challenge is one that we are willing to accept, one we are unwilling to postpone . . ." inspired a firm belief that space travel is not only possible but also one that offers mankind its best hope for survival and expansion. Mr. McCarter has been writing professionally since 1973. James Essig Mr. Essig's love of interstellar travel had its genesis in his childhood. Through most of his elementary school-age years, he was a shy kid, but one who was far from the stereotypical, reserved nerdy geek. His grade school report cards where generally good but were far from the straight A cards that the academically brilliant students would receive. He had a very personal dream, however, that motivated him to get through the often boring school days. This dream is that for an unbounded future of human interstellar space-flight. His infatuation with manned space exploration began early in grade school, fueled by the Apollo Space program and lunar landings and the promise of manned missions to distant planets in the not-so-distant future. It seemed as though, by the 1980s, we would definitely be sending humans on Martian exploratory missions. His interest in manned space travel waned a bit during the late 1970s through the mid-1990s but picked up again after he had read a book on real-world potential interstellar travel methods based mainly on known and well-established physics. Mr. Essig holds a degree in physics from George Mason University.
or
Buy Here
Copyright © 2020 American Booksellers Association