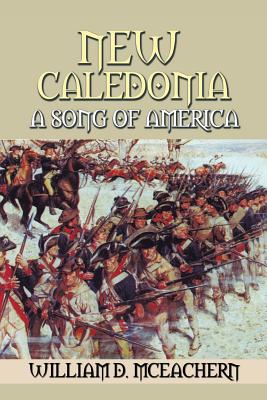 A Song of America

By the author of the critically acclaimed novel, Casting Lots, New Caledonia: A Song of America is William D. McEachern's third historical novel and the second in the Caledonia series. The first novel in the series, Caledonia: A Song of Scotland, told the story of James MacEachern fighting for Bonnie Prince Charles. New Caledonia: A Song of America continues the epic tale of James, as he emigrates from Scotland in 1750, fleeing the Duke of Cumberland's ruthless assassin, Captain David Angus Campbell. Sailing to America, James walks the Great Wagon Trail from Philadelphia to Winchester, where he meets Daniel Morgan, who becomes a lifelong friend. Swirling events embroil Daniel and James as wagoners hauling freight for the British Army in the French and Indian War. On the road to the Battle of the Monongahela, James learns that Captain David Campbell is their commanding officer. For a minor infraction, Captain David Campbell whips Daniel Morgan nearly to death. The story of James, Daniel Morgan, and Captain David Campbell is played out over the course of two wars, the French and Indian War and the American Revolution, in battles such as Monongahela, King's Mountain, and Cowpens. Who will survive?