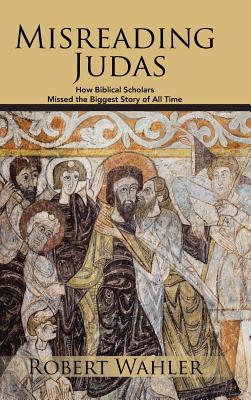 How Biblical Scholars Missed the Biggest Story of All Time

The Gospel of Judas is the most important discovery in history. It bridges the gap between Eastern mystic teaching, Gnosticism, and the three Middle Eastern Abrahamic religions, informing all of them. Unfortunately, the Christianity-biased scholars assigned to its interpretation and those who have followed them do not understand it -- at all. They miss that Judas is the gnostic sacrifice, and that there is no traditional orthodox Jesus sacrificed - in the Gospel of Judas or in the Bible. Therefore, they miss the most important revelation of all time: that 'Jesus' didn't die to save anyone, and that he was in truth preceded and succeeded by other Masters of equal stature. Here from gnostic texts that only just recently arose from the desert sands of Egypt, phoenix-like, is the detailed story of how the New Testament canonical 'Betrayal of Jesus' became the inversion of the gnostic mastership installation story of James the Just, first-century savior. The true origin of the Christian message and its nullification of mystic Truth can now, at long last, be fully told.

Connecting verses from the Gnostic Apocalypse of James to the New Testament narrative showing that Judas was James in the Canonical Inversions:

The author is a practicing Satsangi with the Radha Soami Satsang Beas, of Beas, India. He was a devoted Evangelical Christian for two years in the 1970's in California and Virginia. Widely read in current events in the Historicism of Jesus debate and gnostic Christianity, he has two books on the subject. The first, "The Bible says 'Saviors' - Obadiah 1:21" is published by Xlibris (2012). Author was awarded The New Pinnacle Award
Loading...
or support indie stores by buying on