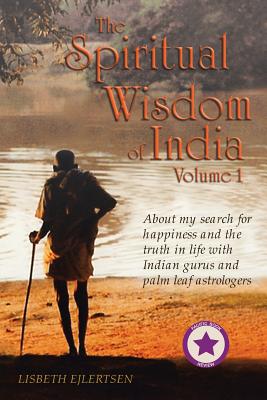 The Spiritual Wisdom of India, Volume I

During a journey to India in 1994, I had some life-changing experiences. They led me outside the limits, with which we in the West define our image of the world. I experienced that it was no coincidence that I found myself in India at precisely that point in time. At the same time, I realized that precisely these experiences had been given to me because I was meant to pass them on to others in our Western part of the world. Being a Dane, which supposedly are among the happiest people in the world, I chose to search for the answers about happiness and life itself in the secrets of sacred India. Upon returning to Denmark, I wrote three articles during the next few months about my fascinating journey and the spiritual treasures of India. I was satisfied with the result and thus regarded my task as completed. The thought that I should write a book had never crossed my mind. Nevertheless, this book chose me. That is how I felt right from the start when I realized that the articles had to be expanded into a book if the contents were to go out into the world. In this same, slightly haphazard way, the book has developed through twenty-three years into this, with several prefaces and three postscripts. It is as if the book itself is in charge of the process. Read more here: www.thespiritualwisdomofindia.com.