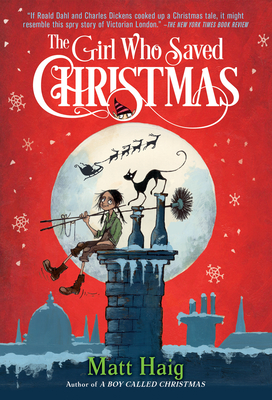 Matt Haig is an internationally bestselling author whose novels for children and adults have been translated into twenty-six languages. His children’s books have won the Nestlé Smarties Book Prize, the Alex Award, and the Blue Peter Book Award, and been nominated several times for the Carnegie Medal and the Waterstones Children’s Book Prize. His most recent book, the bestselling A Boy Called Christmas, was praised by Stephen Fry as “the most evergreen, immortal Christmas story to be published for decades.” He lives in Brighton, on the south coast of England, with his wife and two children. Visit him at matthaig.com and follow @matthaig1 on Twitter.

Chris Mould began studying art at the age of sixteen and has gone on to become an acclaimed illustrator of children’s books, including Matt Haig’s A Boy Called Christmas. He lives with his wife and two children in Yorkshire. Visit him at chrismould.blogspot.com and follow @chrismouldink on Twitter.
Loading...
or support indie stores by buying on