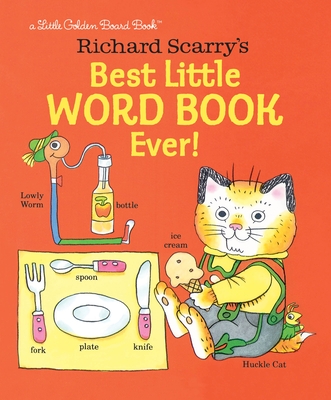 Join Huckle Cat, Lowly Worm, and Goldbug as they take you inside lively scenes from the airport, farm, busy roadways, and more. With 200 clearly labeled words, a vocabulary adventure awaits toddlers in this beloved classic that's truly the Best Little Word Book Ever!