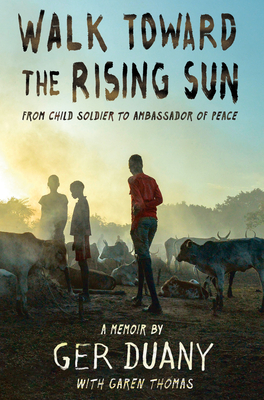 The amazing autobiography of a young Sudanese boy who went from a child soldier and struggling refugee to international peace activist and Hollywood actor.

“An intimate look from a refugee’s perspective at the toll war takes.” --Kirkus Reviews
"A powerful account"--The Horn Book
"Duany ­offers a harrowing but ultimately inspiring ­memoir."--School and Library Journal