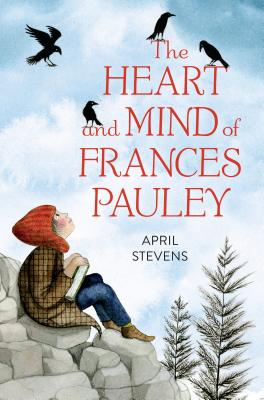 The Heart and Mind of Frances Pauley

Perfect for fans of Jennifer L. Holm's The Fourteenth Goldfish and Holly Goldberg Sloan's Counting by 7s, and called "nothing short of magical" by The New York Times, this heartfelt, deeply moving middle-grade debut features an offbeat girl who learns that she can remain true to herself while also letting others in.

Eleven-year-old Frances is an observer of both nature and people, just like her idol, the anthropologist Margaret Mead. She spends most of her time up on the rocks behind her house in her "rock world," as Alvin, her kindhearted and well-read school bus driver, calls it. It's the one place where Frances can truly be herself, and where she doesn't have to think about her older sister, Christinia, who is growing up and changing in ways that Frances can't understand.

But when the unimaginable happens, Frances slowly discovers that perhaps the world outside her rugged, hidden paradise isn't so bad after all, and that maybe--just maybe--she can find connection and camaraderie with the people who have surrounded her all along.

Original, accessible, and deeply affecting, April Stevens's middle-grade debut about an unforgettable girl and an unlikely friendship will steal your heart.

Praise For The Heart and Mind of Frances Pauley…

"Nothing short of magical." —The New York Times

"A moving depiction of unique characters, grief, and the benevolent power of forgiveness. "— Kirkus, starred review

“If a novel can show the growth of a soul, this one does it. Frances begins this story almost literally in a cave; she ends it with the discovery of how unexpectedly wide the world can be. To cheer for her growth—painful as it is—is to cheer for our own possibilities.” —Gary D. Schmidt, three-time Newbery Honor–winning author

“Filled with indelible characters, this lyrical novel about acceptance and what it means to be truly kind will resonate with readers on a deeply emotional level.” —Stephanie Hemphill, Michael L. Printz Honor Award winner

April Stevens is the author of the acclaimed novel for adults, Angel Angel. She also is the author of the picture books Waking up Wendell, illustrated by Tad Hills, and Edwin Speaks Up, illustrated by Sophie Blackall. She lives in Northwestern Connecticut with her husband, the writer Alexander Neubauer, and their two children.
Loading...
or
Not Currently Available for Direct Purchase