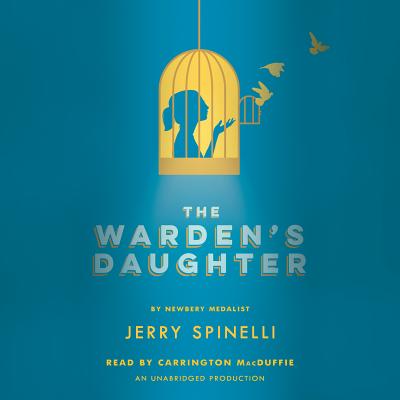 From Newbery Medalist Jerry Spinelli (Maniac Magee, Stargirl) comes the "moving and memorable" (Kirkus Reviews, starred) story of a girl searching for happiness inside the walls of a prison.

Cammie O'Reilly lives at the Hancock County Prison--not as a prisoner, she's the warden's daughter. She spends the mornings hanging out with shoplifters and reformed arsonists in the women's excercise yard, which gives Cammie a certain cache with her school friends.

But even though Cammie's free to leave the prison, she's still stuck. And sad, and really mad. Her mother died saving her from harm when she was just a baby. You wouldn't think you could miss something you never had, but on the eve of her thirteenth birthday, the thing Cammie most wants is a mom. A prison might not be the best place to search for a mother, but Cammie is determined and she's willing to work with what she's got.

"Jerry Spinelli again proves why he's the king of storytellers" (Shelf Awarenss, starred) in this tale of a girl who learns that heroes can come in surprising disguises, and that even if we don't always get what we want, sometimes we really do get what we need.

Praise for the works of Jerry Spinelli:

“It's almost unreal how much the children's book still resonates.” —Bustle.com on Maniac Magee

Praise For The Warden's Daughter…

"It's a tapestry of grief and redemption, woven by a master storyteller who never loses his focus on Cammie's personal journey but connects it to Eloda's in a powerful twist. Moving and memorable."— Kirkus, starred review

"Spinelli again shows his mastery at evoking a particular time and place while delving into the heart of a troubled adolescent..."— Publishers Weekly, starred review

"The prison community is a powerful backdrop for Cammie’s turbulent coming of age, populated with messy lives that brighten in Cammie’s presence but that have their own demons to tame." — Bulletin, starred review

"This is a story about facing hard truths and growing up. Readers will love the details of having a prison compound for a home and adore the many secondary characters who help keep Cammie’s head above water during her desperate search for happiness." -- Booklist

"Spinelli’s gift for humorous chaos and his trademark magic realism touches are showcased here, and it is exhilarating to read about kids with so much urban freedom." -- The Horn Book

JERRY SPINELLI is the author of many novels for young readers, including Stargirl; Love, Stargirl; Milkweed; Hokey Pokey; Crash; Wringer; and Maniac Magee, winner of the Newbery Medal; along with Knots in My Yo-Yo String, the autobiography of his childhood. A graduate of Gettysburg College, he lives in Pennsylvania with his wife, poet and author Eileen Spinelli.
Loading...
or
Not Currently Available for Direct Purchase