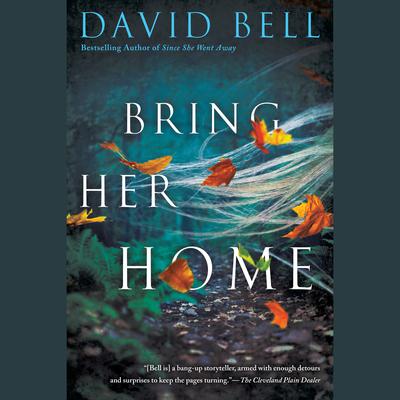 “Bell imagines a suburban world where no one really knows what’s happening behind all those drawn blinds. In Bell’s take, though, even the people inside don’t really know what’s happening. That’s where his brilliance, and the brilliance of Bring Her Home, rests.”—Providence Journal

In the breathtaking new thriller from David Bell, bestselling author of Since She Went Away and Somebody I Used to Know, the fate of two missing teenage girls becomes a father’s worst nightmare....

Just a year and a half after the tragic death of his wife, Bill Price’s fifteen-year-old daughter, Summer, and her best friend, Haley, disappear. Days later, the girls are found in a city park. Haley is dead at the scene, while Summer is left beaten beyond recognition and clinging to life.

As Bill holds vigil over Summer’s bandaged body, the only sound the unconscious girl can make is one cryptic and chilling word: No. And the more time Bill spends with Summer, the more he wonders what happened to her. Or if the injured girl in the hospital bed is really his daughter at all.

When troubling new questions about Summer’s life surface, Bill is not prepared for the aftershocks. He’ll soon discover that both the living and the dead have secrets. And that searching for the truth will tear open old wounds that pierce straight to the heart of his family...