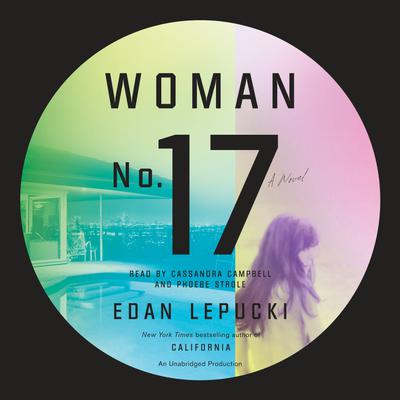 “A juice box of suburban satire laced with Alfred Hitchcock” (The Washington Post)—a novel of art, motherhood, and the intensity of female friendships, set in the posh hills above Los Angeles, from the New York Times bestselling author of California

High in the Hollywood Hills, Lady Daniels has separated from her husband. She’s going to need help with their toddler son if she’s going to finish the memoir she can’t stand writing. From a Craigslist ad, she hires S, a magnetic young artist, to live in the guesthouse behind the pool, take care of Lady’s young son, and keep an eye on her older, teenage one. S performs her job beautifully and quickly draws the entire family into her orbit—but she isn’t exactly who she seems. As Lady and S grow closer, old secrets and new betrayals come to light, jeopardizing what they hold most dear.

“Woman No. 17 is propulsive and moving, and considers vital questions with empathy and sly intelligence. . . . A winning novel. ”—The New York Times Book Review

“Lepucki’s exploration of personal relationships takes on an increasingly noirish tone: Much like Chekhov’s gun, a swimming pool introduced early in the book takes on the shadows of a floating body long before the reader realizes this might be a possibility.”—Elle

“While Woman No. 17 does possess all the trappings of a frothy page-turner—stormy arguments, showy melodrama, and (oops!) an affair—there are some quiet, serious moments, too. It’s the intersection between the two that makes this read both scintillating and thought-provoking.”—San Francisco Chronicle
Loading...