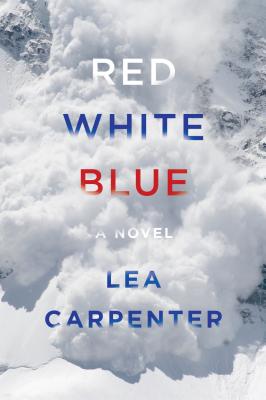 A dark, powerful, and subtly crafted novel that traces the intertwined fates of a CIA case officer and a young woman who is forced to confront her dead father's secret past--at once a gripping, immersive tale of duplicity and espionage, and a moving story of love and loyalty.

Anna is the beloved only child of the charismatic Noel, a New York City banker--and a mother who abandoned her. When Noel dies in a mysterious skiing accident in Switzerland the day before his daughter's wedding, Anna, consumed by grief, grows increasingly distant from her prominent music-producing husband, who begins running for office. One day, while on her honeymoon in the south of France, Anna meets an enigmatic stranger who will cause perhaps even greater upheaval in her life. It will soon become clear that this meeting was no chance encounter: this man once worked with Anna's father and has information about parts of Noel's life that Anna never knew. When she arrives back in New York, she receives a parcel that contains a series of cryptic recordings and videos showing Noel at the center of a brutal interrogation. Soon, everything Anna knows about her father's life--and his death--is called into question, launching her into a desperate search for the truth.

Smart, fast-moving, and suspenseful, Red, White, Blue plunges us into the inner workings of the CIA, a China Ops gone wrong, and the consequences of a collision between one's deepest personal ties and the most exacting and fateful professional commitment.

“Finally, the perfect spy novel for the post–9/11 era. Carpenter’s Red, White, Blue brilliantly evokes the world of American espionage in a time of crisis, as the struggle to fight terrorism conflicts with longer-term views of American interests and agents find themselves trapped within conflicting loyalties to friends, to assets, to family, and to country. Thrilling, provocative, and powerfully moving.”
—Philip Klay, author of Redeployment

“Red, White, Blue is a beautifully written, utterly gripping, and haunting story of espionage. Both timely and relevant and, in the tradition of the best spy novels, it is about secrets, deception, betrayal, and lies, the cruelest dilemmas of human nature.”
—Simon Sebag Montefiore, author of The Romanovs and The Moscow Trilogy

"Carpenter… brilliantly uses the conventions of spy fiction to expose the duplicity and betrayals in people’s lives. In her chilly, unsparing dissection of the trickle-down effect the muddied morality of bureaucracies has on private lives, Carpenter reveals the influence of Joan Didion.  Carpenter’s mesmerizing follow-up to her acclaimed war novel, Eleven Days, is as deeply affecting as it is razor sharp."
—Kirkus Review (Starred)

“Lea Carpenter has written the perfect post-modern spy novel, a story of espionage but also of love and secrets. A stunning mix of prose and suspense: Imagine Joan Didion meets Alan Furst.”
—Janine di Giovanni, author of The Morning They Came for Us: Dispatches from Iraq

“Why does the stuff of espionage lie so close to essential matters of the human heart?  Love, loyalty, lies, betrayal—Lea Carpenter plumbs the depths of all these in this brilliant, very possibly flawless book. I can think of no novel in recent memory that blends the personal and intimate so truly with power and conflict on the grand geopolitical scale. Red, White, Blue is a marvel and a masterpiece.”
—Ben Fountain, author of Billy Lynn's Long Halftime Walk

“Red, White, Blue is that rarest of rare literary jewels: a genre-bending masterpiece of brilliant story-telling that combines breathtaking skill with exquisite artistry.”
—Amanda Foreman, author of A World on Fire: Britain’s Crucial Role in the American Civil War

“With the elegant restraint of an intelligence operative herself, Lea Carpenter unwinds the complex relationship between a daughter and her secretive father.  Her book delves into the obscure culture of the CIA, but even deeper into the way that a man’s necessarily hidden life impinges on his child’s sense of coherence.  This is a riveting and disturbing account of attachments that can never be fully resolved, a book about dignity and discretion and their oblique relationship to intimacy.”
—Andrew Solomon, PhD, author of Far From the Tree

LEA CARPENTER graduated Phi Beta Kappa from Princeton and has an MBA from Harvard Business School, where she was valedictorian. She is a Contributing Editor at Esquire and has written the screenplay for Mile 22, a film about CIA's Special Activities Division, directed by Peter Berg and starring Mark Wahlberg and John Malkovich, coming out in July. She is developing Eleven Days for television with Lucy Donnelly (Grey Gardens) and Gideon Raff (Homeland). She lives in New York.
Loading...
or
Not Currently Available for Direct Purchase