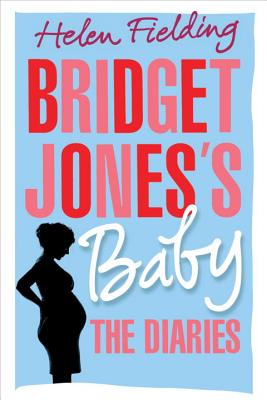 Bridget Jones, beloved Singleton and global phenomenon, is back with a bump in Bridget Jones's Baby: The Diaries.

8:45 P.M. Realize there have been so many times in my life when have fantasized about going to a scan with Mark or Daniel: just not both at the same time.

Before motherhood, before marriage, Bridget with biological clock ticking very, very loudly, finds herself unexpectedly pregnant at the eleventh hour: a joyful pregnancy which is dominated, however, by a crucial but terribly awkward question – who is the father? Mark Darcy: honourable, decent, notable human rights lawyer? Or Daniel Cleaver: charming, witty, notable fuckwit?

9:45 PM It’s like they’re two halves of the perfect man, who’ll spend the rest of their lives each wanting to outdo the other one. And now it’s all enacting itself in my stomach.

In this gloriously funny, touching story of baby-deadline panic, maternal bliss, and social, professional, technological, culinary and childbirth chaos, Bridget Jones – global phenomenon and the world’s favorite Singleton – is back with a bump.

“’What would the Dalai Lama do?’ Bridget asks herself when she arrives 15 minutes late to the christening of her friend Magda’s baby in the opening pages of Fielding’s fourth entry in this still-funny series about everyone’s favorite dizzy British blonde… One hopes the Dalai Lama gets his hands on this book as soon as possible. If he can’t clear up the morality questions, he’ll at least get a good laugh.” –Kirkus

HELEN FIELDING is the author of Bridget Jones's Diary, Bridget Jones: The Edge of Reason, and Bridget Jones: Mad About the Boy, and was part of the screenwriting team on the associated movies. Bridget Jones's Baby: The Diaries is her sixth novel. She has two children and lives in London and Los Angeles.
Loading...
or
Not Currently Available for Direct Purchase