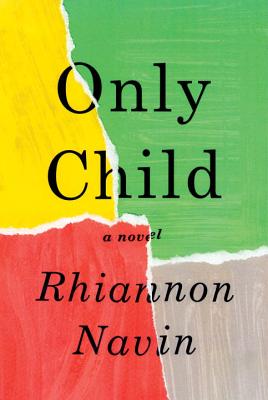 “Only Child triumphs. Zach, at only 6 years old, understands more about the human heart than the broken adults around him. His hope and optimism as he sets out to execute his plan will have every reader cheering him on, and believing in happy endings even in the face of such tragedy. . . . Navin manages to make Zach’s voice heartbreakingly believable.”—Ann Hood, The Washington Post

“Perfect for fans of Room… a heartbreaking but important novel.” —Real Simple

Readers of Jodi Picoult and Liane Moriarty will also like this tenderhearted debut about healing and family, narrated by an unforgettable six-year-old boy who reminds us that sometimes the littlest bodies hold the biggest hearts and the quietest voices speak the loudest.

Squeezed into a coat closet with his classmates and teacher, first grader Zach Taylor can hear gunshots ringing through the halls of his school. A gunman has entered the building, taking nineteen lives and irrevocably changing the very fabric of this close-knit community. While Zach's mother pursues a quest for justice against the shooter's parents, holding them responsible for their son's actions, Zach retreats into his super-secret hideout and loses himself in a world of books and art. Armed with his newfound understanding, and with the optimism and stubbornness only a child could have, Zach sets out on a captivating journey towards healing and forgiveness, determined to help the adults in his life rediscover the universal truths of love and compassion needed to pull them through their darkest hours.

Praise For Only Child: A novel…

"Perfect for fans of Room, this heartbreaking but important novel offers a new perspective on trauma and reminds readers that hope can be found in even the darkest moments." —Real Simple "Five Books That Won't Disappoint"

"It's hard to imagine a more timely novel than Only Child. Told from the perspective of a 6-year-old boy, Zach Taylor . . . the book is a heartbreaking exploration of grief, family, and resilience in the face of immeasurable tragedy [and] a story that feels more fact than fiction."--Gina Mei, Shondaland.com

"This emotional tale . . . sinks its hooks into you from the very first sentence and is a captivating exploration of a family's struggle to knit itself together after an act of violence." —Marie Claire

"This hotly anticipated debut novel takes on topics both timely and tragically universal: school shootings, love, loss, forgiveness, and pain." —Glamour "All the Books We Can't Wait to Read in 2018"

"A novel with a child-narrator you can't help but love." —E. CE Miller, Bustle "19 Debut Novels Coming Out In 2018 That You Definitely Won't Want To Miss"

"Congrats to Rhiannon Navin--this is an outstanding debut." —Harlan Coben

"One of the big debuts of next year." —Library Journal

"A powerful exercise in empathy and perspective." —Kirkus Reviews

Q: This is your first novel. How long have you been writing?

Rhiannon Navin: Only Child was my first real foray into the world of writing. I have dabbled with writing here and there since I was in high school. An avid reader my whole life, authors are like rock stars to me. I always admired them from afar, but never seriously considered trying my hand at writing myself. I guess it took something that really rattled me to the core to open up the floodgates. It was like this story was already there, waiting for me. I don’t know how else to explain it. I sat down one day and wrote down the opening scene of Zach hiding in his classroom closet in one sitting. The scene just flowed out of me. I scribbled furiously, in one of my kids’ school notebooks, barely coming up for air. And just liked that I was hooked.

Q: Only Child definitely celebrates the power of books. The Magic Tree House books are Zach’s favorites. Why did you decide to include those books are part of the novel? And what were some of the books that you most loved as a child?

RN: The Magic Tree House books are some of my kids’ favorite books. Mary Pope Osborne created a series that truly is magical and my kids loved discovering new worlds or different time periods with Jack and Annie. When I first started writing Only Child, I wasn’t planning on including them. That is something that happened organically. As Zach began to retreat to his hideout and to find ways to cope with his feelings, books occurred to me as a natural outlet for him. Because books can be such a great escape sometimes. You dive into another world and get to sample someone else’s life, and you (hopefully) emerge having learned something that you didn’t know or haven’t considered before. Growing up in Germany, I mostly read books by German authors such as Janosch, Paul Maar, and Judith Kerr. I devoured anything written by Astrid Lindgren. The Pippi Longstocking books are still some of my favorites.


Q: Tell us a little about the colors Zach uses to describe his feelings and how they inform the novel?

RN: I’m a very visual, creative person and to me, it’s like Zach says: "the colors come attached to the feelings." I intuitively gravitated towards art and the use of paint and colors when I tried to imagine how Zach might try to navigate his confusing and lonely situation after the shooting. The scene where Zach begins to paint his “feelings pages” is a central scene in my story. It is the moment Zach begins to find ways, on his own, to confront the trauma he’s experienced and deal with his conflicting and confusing emotions. Once Zach discovers that he can separate his feelings instead of having them “all mixed up,” they seem more manageable to him, easier to tackle one by one. He is able to do something the adults cannot--understand that every feeling is important and valid.

Rhiannon Navin grew up in Bremen, Germany, in a family of book-crazy women. Her career in advertising brought her to New York, where she worked for several large agencies before becoming a full-time mother and writer. She now lives outside New York City with her husband, three children, two cats, and a dog. This is her first novel.
Loading...
or
Not Currently Available for Direct Purchase