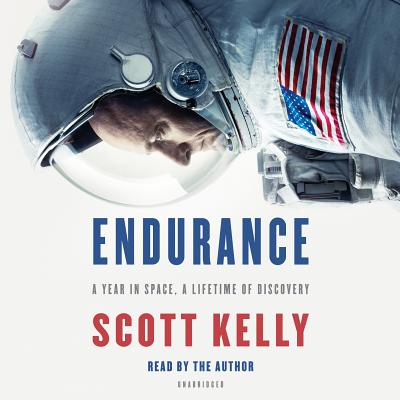 A Year in Space, A Lifetime of Discovery

A stunning, personal memoir from the astronaut and modern-day hero who spent a record-breaking year aboard the International Space Station—a message of hope for the future that will inspire for generations to come.

The veteran of four spaceflights and the American record holder for consecutive days spent in space, Scott Kelly has experienced things very few have. Now, he takes us inside a sphere utterly hostile to human life. He describes navigating the extreme challenge of long-term spaceflight, both life-threatening and mundane: the devastating effects on the body; the isolation from everyone he loves and the comforts of Earth; the catastrophic risks of colliding with space junk; and the still more haunting threat of being unable to help should tragedy strike at home--an agonizing situation Kelly faced when, on a previous mission, his twin brother's wife, American Congresswoman Gabrielle Giffords, was shot while he still had two months in space.

Kelly's humanity, compassion, humor, and determination resonate throughout, as he recalls his rough-and-tumble New Jersey childhood and the youthful inspiration that sparked his astounding career, and as he makes clear his belief that Mars will be the next, ultimately challenging, step in spaceflight.

In Endurance, we see the triumph of the human imagination, the strength of the human will, and the infinite wonder of the galaxy.

Praise For Endurance: A Year in Space, A Lifetime of Discovery…

“Captivating, charming . . . . [Kelly] pulls back the curtain separating the myth of the astronaut from its human realities. . . . It is easy to imagine future generations of explorers and daredevils harnessing the lessons and truths within the pages of ‘Endurance’ as the blueprints for their own trips into the unknown.” —Jaroslav Kalfar, The New York Times Book Review

“[Endurance] is a memoir of the right stuff that will hypnotize any space geek.” —The Wall Street Journal

“Kelly brings life in space alive—the wonder and awe of it, and also the jagged edges, the rough parts of living in confined quarters in an alien element, far from everything familiar and beloved. . . . Endurance, with its honest, gritty descriptions of an unimaginable life, a year off Earth, is as close as most readers will come to making that voyage themselves.” —The Financial Times

“Kelly’s account is insightful, at times humorous, heart-tugging at others. And it’s inspiring enough to change the life of some lost kid, just like The Right Stuff did for him.” —USA Today

“For space junkies, it’s absolutely required reading. . . . We feel as though we’re right there with him. A great book.” —Booklist

“Scott Kelly’s saga is a deeply absorbing and vivid look at a year in space and the many trials and rigors of living weightless inside a football field-sized machine traveling at 17,000 miles per hour. But Endurance satisfies far more than the reader’s technological curiosities; it is replete with humor, thrills, surreal details, and recurring moments of ordinary humanity that turn Kelly’s tale into a loving tribute to the pioneering individuals who risk all to shepherd man’s exploration of the vast beyond.” —Khaled Hosseini, author of And the Mountains Echoed

“Read this book and you will believe in our American future, thrill at our human potential, and laugh at the absurdities of life.  Endurance is about excellence and perspective, a memorable read.” —Senator Bill Bradley

“This isn’t your usual astronaut’s memoir.” —The Philadelphia Tribune

“Scott Kelly’s book is as close as I and most everyone else on Earth will ever get to experiencing the fascinating, complex, almost preposterously dangerous business of going into space. When I closed the covers, I felt like I had been out there. Endurance is an utterly gripping book that can stand comfortably in the company of Tom Wolfe’s The Right Stuff.” —Charles C. Mann, author of 1491

“Scott Kelly’s memoir of his year in space and all that preceded it is the real thing—honest, dramatic, illuminating, and simply riveting. With clear, compelling writing, he reveals the nature of space exploration, the current state of the space program, and the raw experience of leaving Earth as has no other book.” —T.J. Stiles, author of Custer’s Trials

SCOTT KELLY is a former military fighter pilot and test pilot, an engineer, a retired astronaut, and a retired U.S. Navy captain. A veteran of four space flights, Kelly commanded the International Space Station (ISS) on three expeditions and was a member of the yearlong mission to the ISS. During the Year in Space mission, he set records for the total accumulated number of days spent in space and for the single longest space mission by an American astronaut. He lives in Houston, Texas.
Loading...
or
Not Currently Available for Direct Purchase