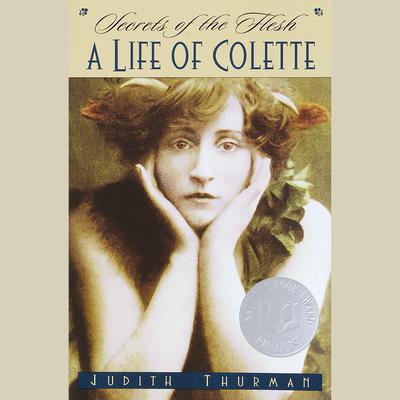 Secrets of the Flesh (Digital Audiobook)

A Life of Colette

A dazzling biography of the French literary superstar Colette, who is also the subject of a major motion picture.

“A fine and intelligent biography of Colette, with her long tumultuous life and the great body of her work scrupulously considered and presented with style.”—The New York Times Book Review (Editors’ Choice)

Having spent her childhood in the shadow of an overpowering mother, Colette escaped at age twenty into a turbulent marriage with the sexy, unscrupulous Willy—a literary charlatan who took credit for her bestselling Claudine novels. Weary of Willy’s sexual domination, Colette pursued an extremely public lesbian love affair with a niece of Napoleon’s. At forty, she gave birth to a daughter who bored her, at forty-seven she seduced her teenage stepson, and in her seventies she contributed to the pro-Nazi press during the Occupation, even though her beloved third husband, a Jew, had been arrested by the Gestapo. And all the while, this incomparable woman poured forth a torrent of masterpieces, including Gigi, Sido, Cheri, and Break of Day.

Judith Thurman, author of the National Book Award-winning biography of Isak Dinesen, portrays Colette as a thoroughly modern woman: frank in her desires, fierce in her passions, forever reinventing herself. Rich with delicious gossip and intimate revelations, shimmering with grace and intelligence, Secrets of the Flesh is one of the great biographies of our time.

“[Colette] has been the subject of . . . a half-dozen significant biographies over the past thirty years. Yet this one by Judith Thurman will be hard to top. . . . Its prose is smoothly urbane, at times aphoristic, always captivating.”—The Washington Post Book World

“It will stand as literature in its own right.”—Richard Bernstein, The New York Times

“[An] essential biography by a stylish writer of great sympathetic understanding and intellectual authority.”—Philip Roth
Loading...