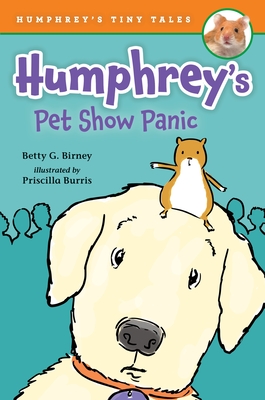 Humphrey is the favorite pet in Room 26, but will he also be a favorite at the pet show? Find out in this sixth book in the popular chapter book series.

When A.J. brings Humphrey to the town pet show, he's sure Humphrey will win a prize. But Humphrey isn't convinced. There are all kinds of animals in the show--from dogs and cats to parrots and even something called a bearded dragon!

Humphrey tries to impress the judges with some tricks, but when a dog noses a little too close to him, Og the Frog saves the day with the most impressive trick of all. And Humphrey realizes that a great friend is the best prize ever.

Betty G. Birney has won many awards for writing for television, including an Emmy, three Humanitas Prizes, and a Writers Guild of America Award. In addition to the Humphrey series, she is the author of The Seven Wonders of Sassafrass Springs and The Princess and the Peabodys. She grew up in St. Louis, Missouri, where her parents grew up as neighbors on Humphrey Street. Find fun Humphrey activities and teacher's guides at www.bettybirney.com