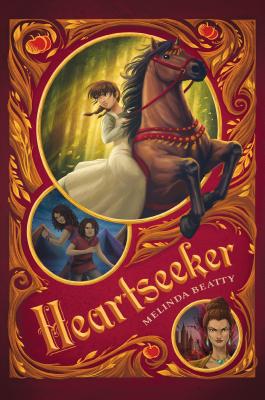 A vibrant fantasy-adventure debut about a girl who can see lies.

You're a Fallow of the Orchard. You're as tough as a green apple in summer . . .

Only Fallow was just six harvests old when she realized that not everyone sees lies. For Only, seeing lies is as beautiful as looking through a kaleidoscope, but telling them is as painful as gnawing on cut glass. Only's family warns her to keep her cunning hidden, but secrets are seldom content to stay secret.

When word of Only's ability makes its way to the King, she's plucked from her home at the orchard and brought to the castle at Bellskeep. There she learns that the kingdom is plagued by traitors, and that her task is to help the King distinguish between friend and foe. But being able to see lies doesn't necessarily mean that others aren't able to disguise their dishonesty with cunnings of their own.

In the duplicitous, power-hungry court, the truth is Only's greatest weapon . . . and her greatest weakness.

"A smart, captivating fantasy-adventure that will leave readers hungry for more." —Booklist

"In this stunning debut novel, Beatty crafts a world rich with its own mythology and filled with strong heroes. This well-developed and original fantasy is a must-have for any middle grade collection." —School Library Journal

"Only’s transition from a pampered younger daughter to a young woman, newly aware of discrimination and injustice, is conveyed with persuasive nuance. Beatty creates a cast of memorable characters and entrancingly vivid settings, immersing readers in a magical realm worth revisiting." —Publishers Weekly

"As high fantasy has skewed older in recent years, it's refreshing to see one that's solidly middle-grade, helmed by a believable 11-year-old whose growth in savvy and understanding of her own privilege come naturally." —Kirkus Reviews

Melinda Beatty has had years of practice trying to explain to others why she was just having an imaginary conversation between two people that don't exist, so becoming a writer seemed like the best way to stop everyone looking at her funny. After years of narrowboat living on the English canals, she and her British husband are now back on dry land in Maryland where by day, she's a mild-mannered Indie bookseller, and by night, she wrangles words, craft projects, a Labrador and two fierce mini-women. Heartseeker is her debut novel.
Loading...
or support indie stores by buying on