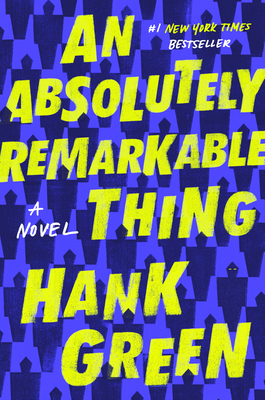 Hank Green is the #1 New York Times bestselling author of An Absolutely Remarkable Thing. He's also the CEO of Complexly, a production company that creates educational content, including Crash Course and SciShow, prompting The Washington Post to name him "one of America's most popular science teachers." Complexly's videos have been viewed more than two billion times on YouTube. Green cofounded a number of other small businesses, including DFTBA.com, which helps online creators make money by selling cool stuff to their communities; and VidCon, the world's largest conference for the online video community. In 2017, VidCon drew more than forty thousand attendees across three events in Anaheim, Amsterdam, and Australia. Hank and his brother, John, also started the Project for Awesome, which last year raised more than two million dollars for charities, including Save the Children and Partners in Health. Hank lives in Montana with his wife, son, and cat.
Loading...
or
Not Currently Available for Direct Purchase