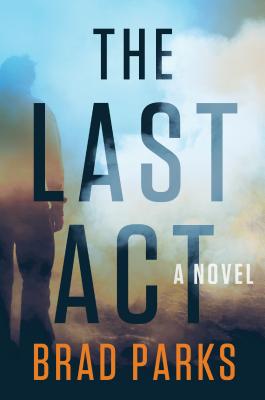 Award-winning author Brad Parks delivers a tense novel of thrills, twists, and deceit that grabs you and won’t let go until the final, satisfying page.

Tommy Jump is an out-of-work stage actor approached by the FBI with the role of a lifetime: Go undercover at a federal prison, impersonate a convicted felon, and befriend a fellow inmate, a disgraced banker named Mitchell Dupree, who knows the location of documents that can be used to bring down a ruthless drug cartel . . . if only he’d tell the FBI where they are.

The women in Tommy’s life, his fiancée and mother, tell him he’s crazy to even consider taking the part. The cartel has quickly risen to become the largest supplier of crystal meth in America. And it hasn’t done it by playing nice. Still, Tommy’s acting career has stalled, and the FBI is offering a minimum of $150,000 for a six-month gig—whether he gets the documents or not.

Using a false name and backstory, Tommy enters the low-security prison and begins the process of befriending Dupree. But Tommy soon realizes he’s underestimated the enormity of his task and the terrifying reach of the cartel. The FBI aren't the only ones looking for the documents, and if Tommy doesn’t play his role to perfection, it just may be his last act.

Praise For The Last Act: A Novel…

“[Parks’s] thriller Say Nothing, published in 2017, was delightfully suspenseful, but his latest, The Last Act, may be his best yet. . . . The Last Act possesses two notable virtues. One is excellent characterizations. Parks not only makes [his protagonist] Tommy believable but does the same for numerous others, including his admirable girlfriend, his difficult mother, his huge, possibly dangerous cell mate, the poker-playing convict who has the secrets, and the slippery FBI agent he trusts, perhaps unwisely. The other is a roller-coaster plot that serves up endless surprises. Whatever you think is coming next probably isn’t.”
—The Washington Post

”The heroes and villains shine, and the writing makes the narrative believable and intense. This story is definitely not the author's last act, and it solidifies the prestige and accolades Parks has achieved. Prepare to be surprised and astonished.”
—Associated Press

“The former Star-Ledger reporter turned in another spectacular mystery. . . . Given Parks's stellar plotting and writing, it's worth getting lost in The Last Act.”
—The Star-Ledger (Newark)

“A devilishly good story with more twists and turns than Say Nothing, and enough edge-of-your-seat suspense to fill two books.”
—CrimeReads

“The Last Act is a fast read that sinks its hooks into you and doesn't let go.”
—Bookreporter

“This novel packs on the suspenseful surprises and plot reversals that made Parks a mainstay on the bestseller lists, but it's not just gritty and dark. With a lighter approach, Parks focuses on enduring characters and sharp wordplay, perfect for those who like their thrillers witty rather than bloody. Even if they aren't fans of Broadway musicals, readers will want to seek out this one."
—Library Journal (starred review)

“The Last Act is rife with surprise . . . [with] smart, tough lead females who provide the essential brains and grit that make happy endings possible. . . . The unforced element of surprise, which is also present and, in spades, works. There are switchbacks and sudden side turnings. Not the least of these is a pitch-perfect outcome.”
—The Virginian-Pilot

“A nail-biter of a thriller.”
—Parkersburg News & Sentinel

“With a story that made us angry, sad, and was too close to the realities that exist in our society today, The Last Act is definitely an entertaining commercial thriller which does not disappoint.”
—Mystery Tribune

“[The Last Act] manages to be an international crime novel, orbiting around the world drug trade, all the while it’s also a claustrophobic prison novel . . . altogether a big, tense, and compelling thriller.”
—Sullivan County Democrat

“The setup is so patient and the logistics so matter-of-fact that even the savviest readers will be caught in the story's expertly laid traps before they know what's happening.”
—Kirkus Reviews

“A Brad Parks novel offers two pleasures. One is watching a stunning talent at work. The other—operating almost apart from the first—is getting wrapped in the coils of a fiendishly clever thriller.”
—Booklist

International bestselling author Brad Parks is the only writer to have won the Shamus, Nero, and Lefty Awards, three of crime fiction’s most prestigious prizes. A former reporter with The Washington Post and The Star-Ledger (Newark), he lives in Virginia with his wife and two children.
or support indie stores by buying on