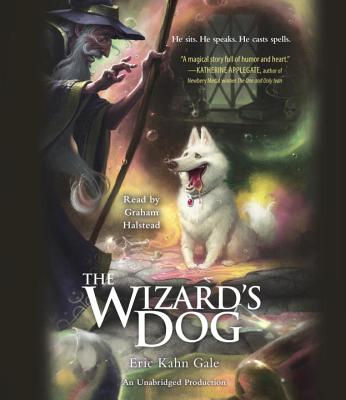 "Nosewise is one of the silliest narrators around." —The Bulletin

Eric Kahn Gale started The Wizard’s Dog as a joke for his fiancée. He would tease that their dog, Bowser, was fascinated by the magic doors in their apartment that let him outside or delivered him food. It was a short leap from a silly impersonation to the spunky voice of Nosewise. Eric is also the author of The Bully Book and The Zoo at the Edge of the World. He lives in Chicago with his fiancée and their nonmagical but entirely lovable dog, Bowser. You can find Eric on Twitter at @erickahngale and on Facebook.
Loading...
or
Not Currently Available for Direct Purchase