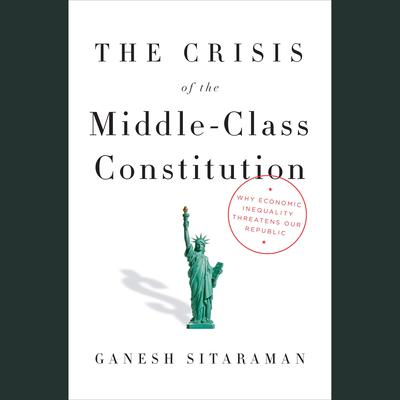 The Crisis of the Middle-Class Constitution (Digital Audiobook)

GANESH SITARAMAN is an Associate Professor of Law at Vanderbilt Law School and a Senior Fellow at the Center for American Progress. He has worked with Elizabeth Warren for nearly a decade. He has commented on foreign and domestic policy in The New York Times, The New Republic, The Boston Globe, and The Christian Science Monitor and is the author of The Counterinsurgent's Constitution: Law in the Age of Small Wars, which won the 2013 Palmer Civil Liberties Prize. He earned his J.D. magna cum laude from the Harvard Law School, where he was an editor on the Harvard Law Review.