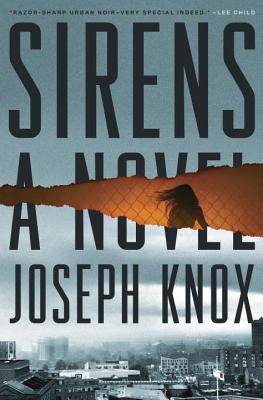 A Novel (An Aidan Waits Thriller #1)

A riveting thriller about a damaged undercover detective navigating a web of politicians, drug lords, missing persons, and his own flawed department, perfect for readers of Tana French, Don Winslow and Dennis Lehane.

Infiltrating the inner circle of enigmatic criminal Zain Carver is dangerous enough. Pulling it off while also rescuing Isabelle Rossiter, a runaway politician’s daughter, from Zain’s influence? Impossible. That’s why Aidan Waits is the perfect man for the job. Disgraced, emotionally damaged, and despised by his superiors. In other words, completely expendable.

But Aidan is a born survivor. And as he works his way deep into Zain’s shadowy world, he finds that nothing is as it seems. Zain is a mesmerizing, Gatsby-esque figure who lures young women into his orbit—women who have a bad habit of turning up dead. But is Zain really responsible? And will Isabelle be next?

Before long, Aidan finds himself in over his head, cut loose by his superiors, and dangerously attracted to the wrong woman. How can he save the girl if he can’t even save himself?

Praise For Sirens: A Novel (An Aidan Waits Thriller #1)…

“Knox, taking a cue from legendary Manchester band Joy Division's doom-laden romanticism, is brilliantly in command of the book's unusual blend of horrific and hopeful. And in what other crime novel are you going to learn that ultraviolet lighting is used in certain clubs so addicts wanting to shoot up can't see the veins in their arms? A powerfully assured debut by a British novelist who has the potential to be a leading player in modern noir.” - Kirkus


“[A] perfect choice for readers who like their heroes a bit battered.” –Booklist, starred review


“Knox’s impressive debut plunges the reader into the darkest corners of Manchester’s druggy club scene. . . . Knox sets a dizzying pace and convincingly evokes the murky, unbalanced atmosphere of an empire built around drugs and money with vivid prose. . . . The hard-hitting action builds to a bleak, wrenching conclusion because, of course, not everyone can be saved.” –Publishers Weekly

JOSEPH KNOX was born and raised in and around Stoke and Manchester, where he worked in bars and bookshops before moving to London. He runs, writes and reads compulsively. Sirens is his first novel.
or
Not Currently Available for Direct Purchase