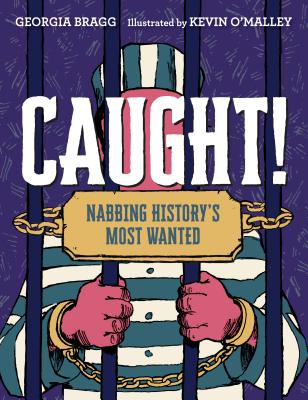 A humorous look at how famous people got caught, including Joan of Arc, Blackbeard, Al Capone, and more! From the award-winning team that brought you How They Croaked and How They Choked.

Kevin O'Malley is the illustrator of How They Croaked and How They Choked, the coauthor and illustrator of the popular Miss Malarkey series, and the author and illustrator of picture books The Perfect Dog, Once Upon a Cool Motorcycle Dude, and the New York Times bestseller Gimme Cracked Corn and I Will Share. He lives in Baltimore, Maryland, with his wife. You can follow him on Facebook or visit him at booksbyomalley.com.
Loading...
or support indie stores by buying on
(This book is on backorder)