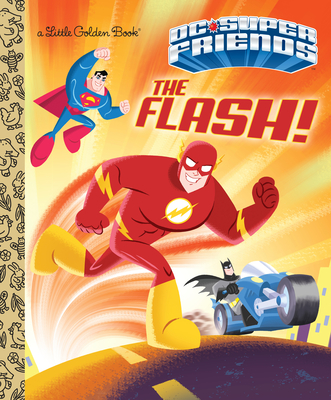 The Flash(TM) is the Fastest Man Alive! Boys and girls ages 2 to 5 will learn how The Flash uses his super speed to help the DC Super Friends(TM) fight crime! This Little Golden Book is the perfect way to introduce young readers to The Flash! DC Super Friends(TM) is a unique brand that gives preschoolers their very own versions of the world's greatest superheroes from DC Comics: Superman(TM), Batman(TM), Wonder Woman(TM), Aquaman(TM), The Flash(TM), Cyborg(TM), Hawkman(TM), and Green Lantern(TM).

Ethen Beavers is an illustrator and comic book artist from Modesto, California. He has illustrated several comic book series and has amassed a cult following for his cutting-edge, action-packed images. He has worked with Warner Bros., the Cartoon Network, and George Lucas. His works include Bad Weather!, Batman!, and The Call of Kur.
Loading...
or support indie stores by buying on
(This book is on backorder)