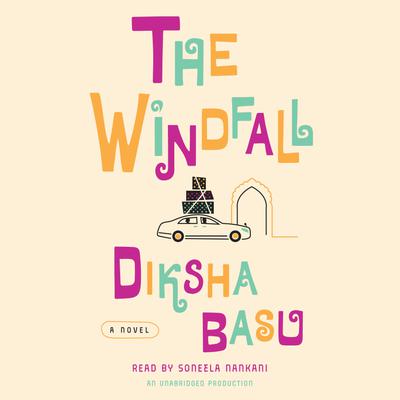 The Jhas are moving up. For the past thirty years, their lives have been defined by cramped spaces and gossipy neighbors. But when Mr. Jha comes into an enormous sum of money—the result of an unexpectedly successful internet venture—he moves his reluctant wife from their housing complex in East Delhi to the super-rich side of town, ultimately forcing them, and their son, to reckon with who they are and what really matters to them.  Hilarious and wise, The Windfall illuminates with warmth and heart the precariousness of social status, the fragility of pride, and, above all, the human drive to build and share a home. Even the rich, it turns out, need to belong somewhere.

Praise for The Windfall

“I almost fell out of bed laughing.”—Kevin Kwan, author of Crazy Rich Asians

“A fun and heartfelt comedy of manners.”—Rolling Stone

“Though money doesn’t necessarily buy the Jhas happiness, it delivers readers plenty of laughs and more.”—Esquire