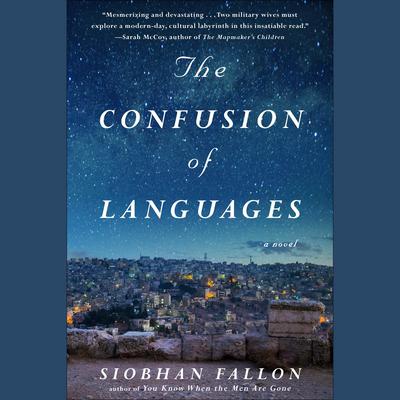 The Confusion of Languages (Digital Audiobook)

Siobhan Fallon is the author of The 2012 PEN Center USA Literary Award in Fiction winner You Know When the Men Are Gone. She earned her MFA at the New School in New York City and her writing has appeared in The Washington Post Magazine, Women’s Day, Good Housekeeping, Prairie Schooner, Publishers Weekly, The Huffington Post, NPR’s The Morning Edition, and Military Spouse magazine. Siobhan and her family moved to Jordan in 2011, and they currently live in Abu Dhabi, United Arab Emirates.