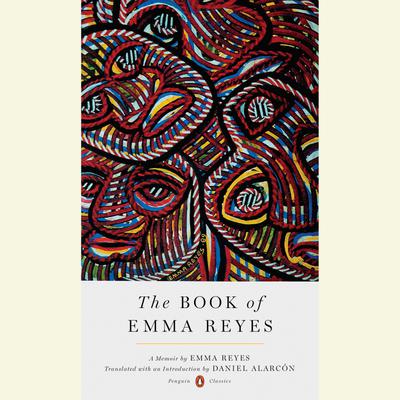 A literary discovery: an extraordinary account, in the tradition of The House on Mango Street and Angela’s Ashes, of a Colombian woman’s harrowing childhood

This astonishing memoir was hailed as an instant classic when first published in Colombia in 2012, nearly a decade after the death of its author, who was encouraged in her writing by Gabriel García Márquez. Comprised of letters written over the course of thirty years, and translated and introduced by acclaimed writer Daniel Alarcón, it describes in vivid, painterly detail the remarkable courage and limitless imagination of a young girl growing up with nothing.

Emma Reyes was an illegitimate child, raised in a windowless room in Bogotá with no water or toilet and only ingenuity to keep her and her sister alive. Abandoned by their mother, she and her sister moved to a Catholic convent housing 150 orphan girls, where they washed pots, ironed and mended laundry, scrubbed floors, cleaned bathrooms, sewed garments and decorative cloths for the nuns—and lived in fear of the Devil. Illiterate and knowing nothing of the outside world, Emma escaped at age nineteen, eventually establishing a career as an artist and befriending the likes of Frida Kahlo and Diego Rivera as well as European artists and intellectuals. The portrait of her childhood that emerges from this clear-eyed account inspires awe at the stunning early life of a gifted writer whose talent remained hidden for far too long.

Emma Reyes (1919–2003) was a Colombian painter and intellectual whose letters were first published in 2012. She grew up in extreme poverty and escaped a convent for orphan girls at age nineteen. Illiterate, she traveled wherever she could and dedicated most of her life to painting and drawing, slowly breaking through as an artist and forging friendships with some of the most distinguished European and Latin American artists, writers, and intellectuals of the twentieth century. She lived in Buenos Aires, Montevideo, Jerusalem, Washington, and Rome before settling in Paris. The year she passed away, the French government named her a Knight of the Order of Arts and Letters.

Daniel Alarcón (translator/introducer) is a Peruvian-American writer and one of The New Yorker’s “20 under 40” best fiction writers. His books include the novel At Night We Walk in Circles, which was a finalist for the 2014 PEN/Faulkner Award; the story collection War by Candlelight; and the novel Lost City Radio, and his writing has appeared in The New Yorker, The New York Times Magazine, Granta, n+1, and Harper’s Magazine. He is Executive Producer of Radio Ambulante and teaches at the Columbia University School of Journalism.