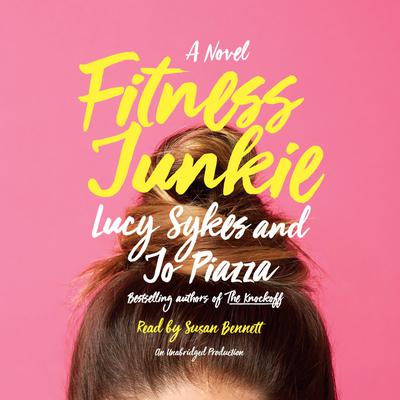 LUCY SYKES has worked in the fashion world as a stylist, fashion editor, and fashion director. For six years Lucy was the fashion director at Marie Claire magazine, and was most recently fashion director for Rent the Runway. Her own children's clothing line, Lucy Sykes New York, was sold in more than a hundred department stores worldwide, including Saks Fifth Avenue, Barneys, Bergdorf Goodman, and Nordstrom. Together with her twin sister, Plum, Lucy moved from London to New York City in 1997, where she now lives with her husband and two children.

JO PIAZZA is an award-winning reporter and editor who has written for the Wall Street Journal, The New York Times, the New York Daily News, New York magazine, Glamour, Marie Claire, Elle and Salon. She has appeared on CNN, NPR, Fox News, the BBC, and MSNBC. She received an MA in Journalism from Columbia, a MA in Religious Studies from NYU and a BA in Economics from the University of Pennsylvania. She is the author of the critically acclaimed If Nuns Ruled the World and Celebrity Inc: How Famous People Make Money. She currently lives in San Francisco with her husband and their giant dog.