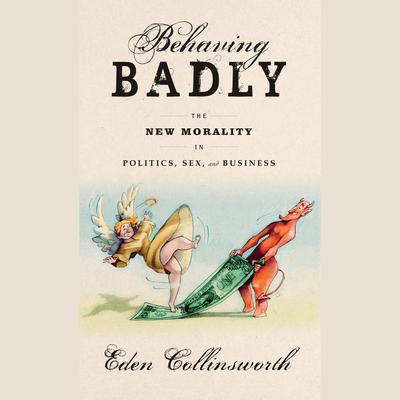 What is the relevance of morality today? Eden Collinsworth enlists the famous, the infamous, and the heretofore unheard-of to unravel how we make moral choices in an increasingly complex—and ethically flexible—age.

To call these unsettling times is an understatement: our political leaders are less and less respectable; in the realm of business, cheating, lying, and stealing are hazily defined; and in daily life, rapidly changing technology offers permission to act in ways inconceivable without it. Yet somehow, this hasn’t quite led to a complete free-for-all—people still draw lines around what is acceptable and what is not. Collinsworth sets out to understand how and why. In her intrepid quest, she squares off  with a prime minister, the editor of London’s Financial Times, a holocaust survivor, a pop star, and a former commander of the U.S. Air Force to grapple with the impracticality of applying morals to foreign policy; precisely when morality gets lost in the making of money; what happens to morality without free will; whether “immoral” women are just those having a better time; why celebrities have become the new moral standard-bearers; and if testosterone is morality’s enemy or its hero.

EDEN COLLINSWORTH is a former media executive and business consultant. She launched the Los Angeles based monthly lifestyle magazine, Buzz, after which she became VP and director of cross-media business development at Hearst Corporation. In 2011 she launched Collinsworth & Associates, a Beijing-based consulting company, which specializes in intercultural communication. She is the author of I Stand Corrected: How Teaching Western Manners in China Became Its Own Unforgettable Lesson. She lives in London and New York City.