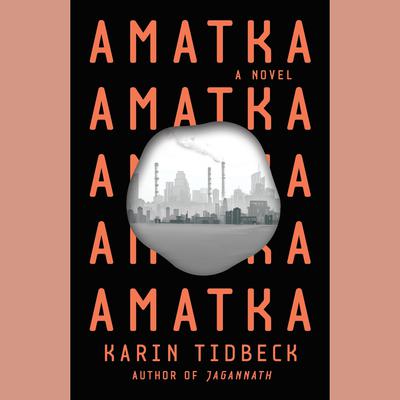 A surreal debut novel set in a world shaped by language in the tradition of Margaret Atwood and Ursula K. Le Guin.

Vanja, an information assistant, is sent from her home city of Essre to the austere, wintry colony of Amatka with an assignment to collect intelligence for the government. Immediately she feels that something strange is going on: people act oddly in Amatka, and citizens are monitored for signs of subversion.

Intending to stay just a short while, Vanja falls in love with her housemate, Nina, and prolongs her visit. But when she stumbles on evidence of a growing threat to the colony, and a cover-up by its administration, she embarks on an investigation that puts her at tremendous risk.

In Karin Tidbeck’s world, everyone is suspect, no one is safe, and nothing—not even language, nor the very fabric of reality—can be taken for granted. Amatka is a beguiling and wholly original novel about freedom, love, and artistic creation by a captivating new voice.
Loading...