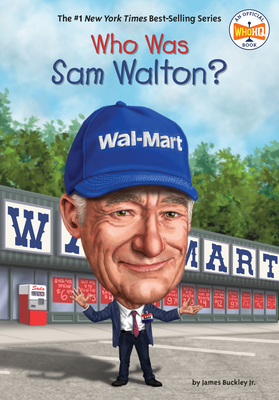 Who Was Sam Walton? (Who Was?)

The story of a department-store trainee who became the richest man in America and owner of the biggest retail store in the world: Walmart.

Sam Walton used the money he earned in the army, along with some financial help from his family, to open his first store. Then he opened fourteen more. Then Sam had an even bigger idea. He wanted to build large stores in small towns and reduce the price of everything they stocked. Although other businessmen and potential partners laughed at him, this entrepreneur with humble beginnings used his resourcefulness to create Walmart, which would become the largest company in the world.

James Buckley Jr. has written more than 50 books for kids, including Who Was Ernest Shackleton? and Who Was Roberto Clemente?
Loading...
or
Not Currently Available for Direct Purchase