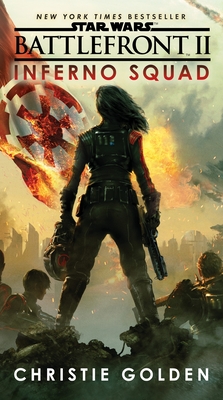 Christie Golden is the award-winning New York Times bestselling author of nearly sixty books and more than a dozen short stories in the fields of fantasy, science fiction, and horror. Her media tie-in works include her first novel, Vampire of the Mists, which launched TSR’s game line; more than a dozen Star Trek novels; the Fate of the Jedi novels Omen, Allies, and Ascension as well as standalone novels Dark Disciple and Battlefront II: Inferno Squad. For Blizzard Entertainment, she's contributed five StarCraft novels, including the Dark Templar trilogy, and the Warcraft/World of Warcraft books Lord of the Clans, Rise of the Horde, Arthas: Rise of the Lich King, War Crimes, Before the Storm and Exploring Azeroth: Eastern Kingdoms. In 2017, she was awarded the International Association of Media Tie-in Writers Faust Award and named a Grandmaster in recognition of thirty years of writing. She currently works full-time for Blizzard Entertainment, where she frequents Azeroth on a regular basis.
Loading...
or support indie stores by buying on