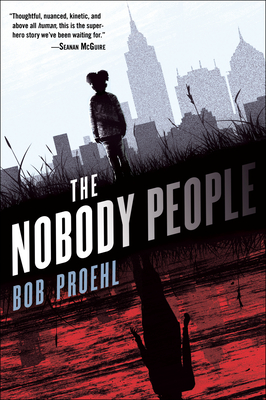 The Nobody People (The Resonant Duology #1)

This edition features an excerpt from The Somebody People!

Praise For The Nobody People (The Resonant Duology #1)…

“Bob Proehl is one of those authors you can trust to guide you out of your comfort zone. The Nobody People is a gripping, haunting, and complex book, perfect for our times. It will take you on a warrior’s journey. In fact, I'm reminded of something Gandalf said to Bilbo at the outset of The Hobbit: '...if you do [come back], you won't be the same.'”—Michael Poore, author of Reincarnation Blues

Bob Proehl is the author of A Hundred Thousand Worlds, a Booklist Best Book of the Year. He has worked as a bookseller and programming director for Buffalo Street Books in Ithaca, New York, a DJ, a record-store owner, and a bartender. He was a New York Foundation for the Arts Fellow in Fiction and a resident at the Saltonstall Arts Colony. His work has appeared on Salon, as part of the 33 ⅓ book series, and in American Short Fiction.
Loading...
or
Not Currently Available for Direct Purchase