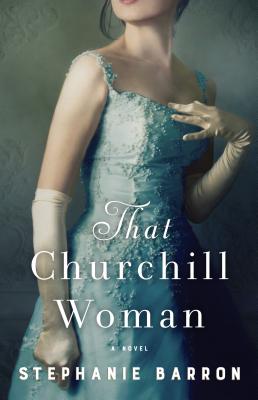 “Finely researched, sumptuous . . . [Jennie and Charles’s] relationship is complex and realistic. Barron’s commitment to detail and scope allows for illuminating flashbacks and references to actual family letters, which serve to flesh out Jennie’s story with realism and empathy. . . . Presenting a fiercely intelligent, independent version of Jennie, this satisfying book actively pushes back against her historical reputation as a scandalous woman to great, consuming effect.”—Publishers Weekly

Stephanie Barron studied history at Princeton and Stanford, where she was an Andrew W. Mellon Foundation Fellow in the Humanities. She is the author of the historical suspense novels A Flaw in the Blood and The White Garden, as well as the critically acclaimed and nationally bestselling Jane Austen Mystery series. A former intelligence analyst for the CIA, Barron—who also writes under the name Francine Mathews—drew on her experience in espionage for such novels as Jack 1939, which The New Yorker described as “one of the most deliciously high-concept thrillers imaginable.” She lives and works in Denver, Colorado.
Loading...
or
Not Currently Available for Direct Purchase