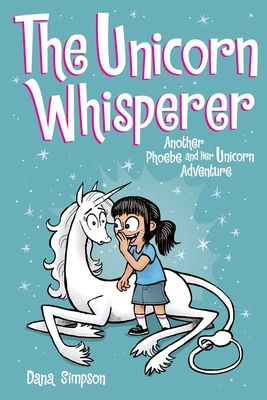 Welcome back to the hilarious and heartwarming world of Phoebe and Her Unicorn, where readers of all ages can always find a friend to lend a magical helping hand — or hoof.

For 9-year-old Phoebe Howell and her sparkling companion, Marigold Heavenly Nostrils, every day is an adventure. In this latest installation of Dana Simpson's award-winning Phoebe and Her Unicorn series, Phoebe navigates the challenges of school life with a little help from her unicorn friend, who is always ready with the perfect spell for the occasion. But as the magic spells mount up, both Phoebe and Marigold find themselves wondering if sometimes they might be taking things just a little too far...