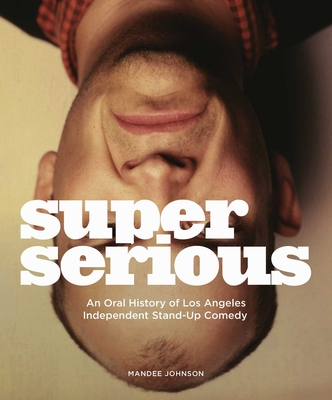 An oral history of Los Angeles independent stand-up comedy with a collection of comedian portraits from a decade of the beloved independent comedy show, The Super Serious Show.

With a foreword by Demetri Martin, afterword by Reggie Watts, and featuring big-name stars and up-and-coming indie comics alike, Super Serious gives a behind-the-scenes glimpse into the world of Los Angeles independent comedy, as told by the performers, directors, and producers who've helped shape it. Including over 60 intimate interviews and 350 photographs, Super Serious is a irreverent, loving portrait of a vibrant—and very funny—community.