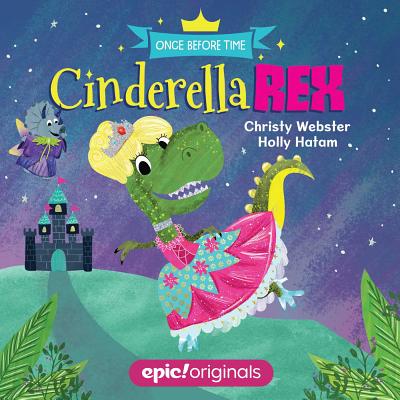 Cinderella Rex (Once Before Time Book 1)

Cinderella Rex loves to dance, but will she get to attend the royal ball? From Epic! Originals, Once Before Time is a playful board book series of fairy tales reimagined from a time long ago . . . with dinosaurs!

In this prehistoric retelling of the classic fairy tale, Cinderella Rex wants to go to the ball, but her stompmother and stompsisters make her clean up after them instead. With some help from her Fairy Triceratops, Cinderella Rex figures out how to dance her way to living happily ever after!

Christy Webster is a children’s book writer and editor who has written over 60 books and stories for young readers. She lives with her husband and at least two cats in Queens, New York, and enjoys spending time at a cabin that can only be reached by canoe.


Holly Hatam is a picture book maker, greeting card designer, and a textile engineer. She is also the #1 New York Times Bestselling illustrator of Dear Girl. Her other books include Made by Maxine, Tree Song, Jack (Not Jackie), and The Acadia Files. Holly lives in Whitby, Ontario, where she can be found hugging trees with her husband Stephen and son Linden, stuffing her pantry full of tea, and sticking her nose in a book.
Loading...
or support indie stores by buying on