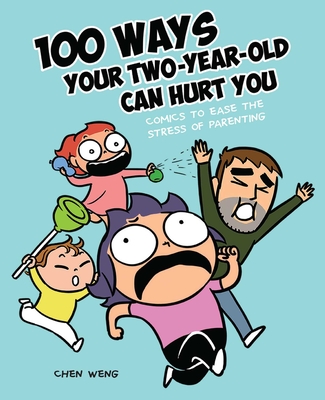 100 Ways Your Two-Year-Old Can Hurt You

Comics to Ease the Stress of Parenting

No one captures the messy but heartwarming experience of becoming a mother as accurately and hilariously as Messycow Comics.

In what ways is a toddler like a deadly weapon? What would it look like if your 2-year-old was an office worker? And how does being a parent completely transform one's sense of fashion? These questions and many more are the focus of the hilarious and relatable comics by Weng Chen, a thirtysomething Chinese-American cartoonist who details the realities of raising small children, growing older, and how technology and mass culture shape today's parenting experiences.

The debut book collection of her Messycow Comics presents one mom's fresh, insightful, and hilarious take on the joys, absurdities, and anxieties of modern parenting.

Weng Chen is a thirtysomething mom, cartoonist, and video game designer whose hilarious comics about the absurdities and anxieties of modern parenting have garnered a loyal following on Facebook, Tumblr, Instagram, and GoComics. Originally from China, Chen lives in the Seattle area with her husband and two young children.
Loading...
or
Not Currently Available for Direct Purchase