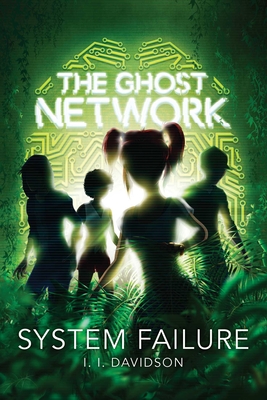 System Failure is the third book in the thrilling adventure series,The Ghost Network, in which a diverse group of teenage hackers use their extraordinary abilities to fight a legendary tech icon who's seeking total control over their bodies and minds.

The gang are back in the Wolf's Den and are finally ready to put their abilities toward forces for good. The threat of Roy Lykos has finally been put to rest . . .or has it? His tentacles of power may stretch further than John had initially thought.

I. I. Davidson is the pen name for author Gillian Philip who is based in north Scotland. She has written young adult and middle grade fiction for Bloomsbury, Tor Macmillan, Hachette, and HarperCollins. She has been nominated and short-listed for awards including the Carnegie Medal, the David Gemmell Legend Award, and the Scottish Children's Book Award. As a member of the Erin Hunter animal fantasy team, she has toured extensively in the United States.
or support indie stores by buying on
Copyright © 2020 American Booksellers Association