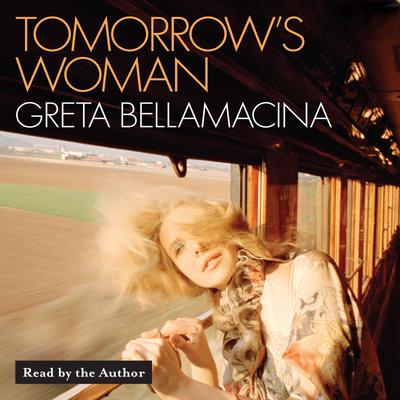 This is the first volume of her poetry to be released in the United States.

The audiobook version contains a bonus recording of the author performing selected works with musical backing by Khartoum.

Greta Bellamacina is an actress, filmmaker and poet. She was born in London and made her acting debut in Harry Potter and the Goblet of Fire at the age of thirteen. She trained at RADA where she performed a variety of lead theatre roles, before going on do a B.A. in English at King’s College London. Her feature film 'Hurt by Paradise' is currently in post-production.

As a poet Greta Bellamacina was shortlisted as Young Poet Laureate in 2014 for her debut collection Kaleidoscope. In 2015 She edited On Love, a survey of contemporary British love poetry from Ted Hughes to the present. The same year she published Perishing Tame, her first collection with New River Press, “a dazzling meditation on motherhood, female identity, ennui and love” which she launched at The Shakespeare & Company in Paris.

In 2016 she published a collection of collaborative poetry with Robert Montgomery Points for Time in the Sky, a pyschogeographical journey through modern Britain, and a rare example of collaborative poetry in British literature. The same year she edited Smear, an anthology of contemporary feminist poetry. Dazed said the collection "unapologetically confronts self-image, body autonomy and our relationships with each other, celebrating the imperfect, frank woman." In 2018 she was commissioned by the National Poetry Library to write a group of poems for their Odyssey series—modern mediations on Homer's Odyssey.

Andy Warhol's Interview magazine says Greta, “is garnering critical acclaim for her way with words and her ability to translate the classic poetic form into the contemporary creative landscape.”