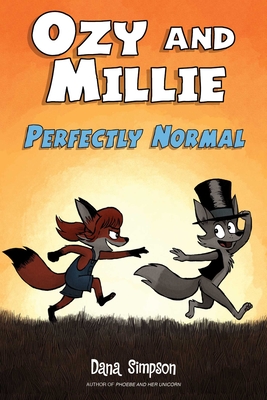 A story of friendship between two whimsical and imaginative foxes, from the creator of the New York Times bestselling Phoebe and Her Unicorn series.

Millie is one unusual fox, and she knows it. She comes up with highly unusual thoughts, invents ingenious excuses to get out of her homework, and her classmates are not always sure quite what to make of her. But thankfully she has Ozy, one of the most loyal friends anyone could ask for. Together the two of them, their friends, and Ozy's dad, Llewellyn (who happens to be a red dragon) enjoy various misadventures, whimsical conversations, elaborate schemes, and delightful bouts of mischief. Whether they're navigating cliques, inventing new games, or just trying to make sense of life, Ozy and Millie are the perfect companions for upper middle grade readers as well as fans of Dana Simpson's bestselling Phoebe and Her Unicorn series.