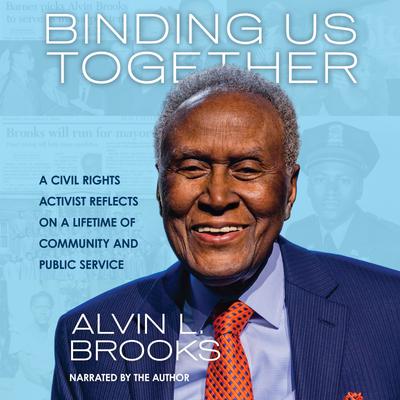 Binding Us Together (Digital Audiobook)

Alvin Brooks is a former Kansas City police officer, councilman, and mayor pro-tem, as well as the founder of the community organization AdHoc Group Against Crime. His decades of civil rights, violence prevention, and criminal justice advocacy led President George H. W. Bush to appoint him to the President’s National Drug Advisory Council and Governor Jay Nixon to appoint him to the Kansas City Board of Police Commissioners. Brooks has also worked as a business consultant, motivational speaker, and lecturer, conducting hundreds of seminars about cultural/racial diversity, religious tolerance, and civil rights. He recently was named the 2019 Kansas Citian of the Year by the Kansas City Chamber of Commerce, and he’s a recipient of the Harry S. Truman Award for Public Service. Brooks currently lives in Kansas City among family and friends.