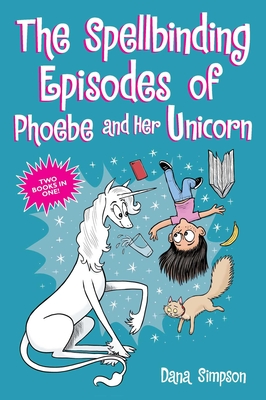 The Spellbinding Episodes of Phoebe and Her Unicorn

Two Books in One

A deluxe bind-up featuring all the comics from two different Phoebe and Her Unicorn books: Unicorns vs. Goblins and Razzle Dazzle Unicorn.

In these spellbinding adventures, nine-year-old Phoebe Howell and her unicorn best friend, Marigold Heavenly Nostrils, explore the possibilities of friendship, summer camp, the holidays, and even founding their own detective agency. These entertaining, visually dazzling stories are a wonderful reminder to young readers that being weird is much more fun than being normal.

She currently lives in Santa Barbara, California, with her tech genius spouse and her fairly stupid cat.
Loading...
or
Not Currently Available for Direct Purchase