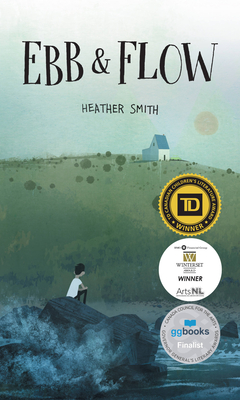 Thus begins the poignant story, told in free verse, of eleven-year-old Jett. Last year, Jett and his mother had moved to a new town for a fresh start after his father went to jail. But Jett soon learned that fresh starts aren't all they're cracked up to be. When he befriended a boy with a difficult home life, Jett found himself in a cycle of bad decisions that culminated in the betrayal of a friend - a shameful secret he still hasn't forgiven himself for. Will a summer spent with his unconventional grandmother help Jett find his way to redemption?

Writing in artfully crafted free-verse vignettes, Heather Smith uses a deceptively simple style to tell a powerful and emotionally charged story. The engaging narrative and the mystery of Jett's secret keep the pages turning and will appeal to both reluctant and avid readers. This captivating book offers a terrific opportunity for classroom discussions about the many ways to tell a story and how a small number of carefully chosen words can have a huge impact. It also showcases the positive character traits of empathy resilience, courage, and responsibility.

Praise For Ebb and Flow…

... one of the year's best books.—Quill & Quire, starred review

... a warm-hearted, compassionately observed novel that demonstrates that redemption is a quality we can achieve for ourselves.—Resource Links

Heather Smith is the author of many critically acclaimed children's books, including The Agony of Bun O'Keefe and The Phone Booth in Mr. Hirota's Garden. Her middle-grade novel in verse, Ebb & Flow, won the TD Canadian Children's Literature Award and was nominated for the Governor General's Literary Award. Originally from Newfoundland, Heather now lives in Waterloo, Ontario, with her husband and three children. Her East Coast roots inspire much of her writing.
Loading...
or support indie stores by buying on